It looks like the TTC will be completing its planned move to Presto cards sometime in 2018. This is much later than the original plan for next year.

What will Presto mean? Will it hurt or help transit users, particularly those on low incomes?

First, what is Presto? It is a plastic card that will replace cash, Metropasses, tickets and eventually tokens. It has information embedded in it detailing an amount of money stored there, and particular details about the actual transit user. For example it records whether you are a senior (and therefore are allowed a discount each time you use it), or a regular transit user.

The Presto system is owned by the provincial transit agency for the GTA called Metrolinx, and is fully in use in the GO system right now.

In what ways can we say that the implementation of the Presto pass is a gain for transit users?

Most public transit systems in large cities in North America use plastic cards like Presto. Visit Chicago, New York, Washington, and you purchase a card and put money on it in a machine and away you go. It can be convenient.

It can record the particular discounts and type of pass that a particular user has added. It will include credits for Metropasses that have been purchased, and will only charge for the requisite number of rides to pay for the Metropasses, and will not charge for more rides in a given month. It will record information needed to access the low-income pass that the city is currently debating.

It will not completely replace single fares media, like today’s tokens and tickets. There will be another form of transit media that will replace tokens and the rest, because so many people will only pay for individual rides – particularly people on low incomes. It will still be a long time before tokens are retired. There are millions of them still out there. The TTC plans to eliminate everything else by the end of next year. 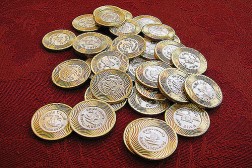 Those are the good things – but there are problems with Presto, some of which can probably be fixed, while others are more challenging.

So far, the biggest issue is that sometimes the cards don’t work, the machines are broken or too slow, or it is difficult or impossible to add money to the card (although I had no trouble adding money, using a machine at the Bathurst subway station).

Also, in order to purchase one, you have to go to Davisville TTC headquarters or Union Station. And, in addition, you have to buy the card itself, for about $6.00 a piece. That’s just to pay for the cost of producing the card and running the system. (As of March 31, according to the Toronto Star, the installation of Presto had cost $276.7 million, more than $20 million beyond initial estimates).

The currently used tickets, tokens and Metropasses don’t charge for the cost of the medium, but for the rides on the system. Why should people pay for these plastic cards, rather than just the rides embedded in them?

And, with the new transit police, if you are caught without the proper proof of payment (the transfers), you are liable for a $400 ticket.

As long as the machines on the buses and streetcars don’t work or are too slow; you have to purchase the card itself; it is difficult to access them or add money to them, the current system must remain in place.

But the real problem is not having a plastic card replace the different ways of accessing public transit. Even more troubling than the issues raised above is the cost of transit itself in Toronto. The TTC charges more per ride than most public transit systems; it funds its operations overwhelmingly through fares (over 70% – the highest in North America), with the lowest subsidies from the city and province. That needs to be addressed more than anything.

TTC concedes too many Presto readers are failing – Toronto Star

This article can be found under BIG ISSUES in Transit.
We are @livingtoronto2 on social media. Follow us on