Sima Sahar Zerehi is one of the many unwilling children who migrated with their families from their countries of origin to Toronto. In her quiet moments she daydreams about the streets and alleyways of her childhood home in Iran, never sure if what she’s remembering is based on truths or distorted fragments of memory. 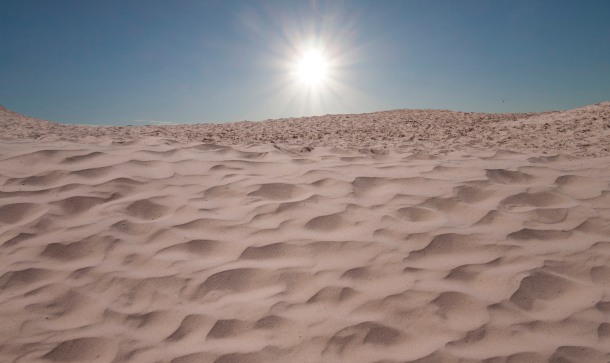 In the morning just as the sun rises he gets up for his daily pilgrimage, the loose cloth from his turban and white dash-dashi trailing in the desert wind. He walks alone, always alone but the journey has been getting increasingly difficult with the passing of the years.

He’d never told his wife about his daily rituals and she had never asked, although each morning she would get up before him and set out his clothes and slippers and prepare his chai before he set off. This morning it was Kaneez, the housekeeper, who served his chai, but he had no taste for it. 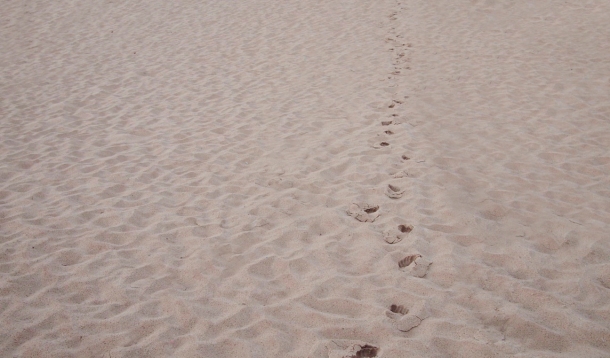 The village has changed, the houses surrounded by mud walls are now made out of bricks imported from Bandar-Abbas and instead of stone ovens dug deep into the earthen floors of the open kitchens placed in the courtyards, some have closed kitchens and stoves. There is a road paved with shining black asphalt like in the city but Daad-Mohammad prefers to walk on the sand. His steps are heavy and the weight in his chest presses down on him. He slouches, bending his back as though carrying an invisible corpse on his frail old-man shoulders. There isn’t much further to go. Even before he sees the tide he can hear its enchanting Azaan, whooshing back and forth and feel the sea breeze on his face.

If there is one thing that fishermen know it’s that the sea goes everywhere and that fish, unlike men, cannot be constrained by borders. Even the smallest fish can travel from the Gulf of Oman to the Arabian Sea through the Indian Ocean and finally to the Atlantic. They say the waters are colder in the Atlantic but it’s nothing that a fish can’t endure if it really wants to get to the other side. He knows that wherever his son is in this far away place called Toronto, he must be by the sea. 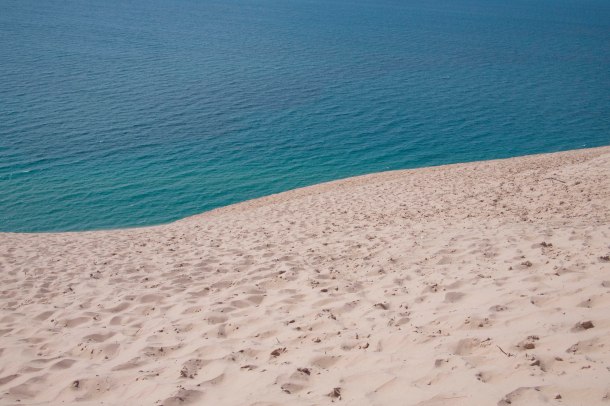 When he reaches the shore he takes off his slippers and neatly places his turban on top of them. He rolls up the bottom of his trousers up to his knees, his sleeves up to his elbows and tucks the trail of his dash-dashi into the waist of his pants. He walks slowly to the edge of the tide and ritualistically scoops up a handful of ocean water with his right hand, worn with the lines of daily hard work, and drips it down his spindly left elbow to his wrist. He then scoops a second handful of water with his left hand and washes his right arm in the same manner, all the time studying the signs of age etched on his body. It’s strange how time can shrink a man to nothing more than sagging skin and tender bones, precariously balanced on top of each other. Once again he fills his right hand and washes his wrinkled face puckered by the unrelenting sun from his hairline to his chin. Then he pours another handful of water on his head over his smooth white hair from the centre of his skull up to the hairline of his expanding forehead. Lastly, he passes his already wet right hand over the top of his calloused right foot from his toes up to where his ankles start and then repeats with his left hand over his left foot. 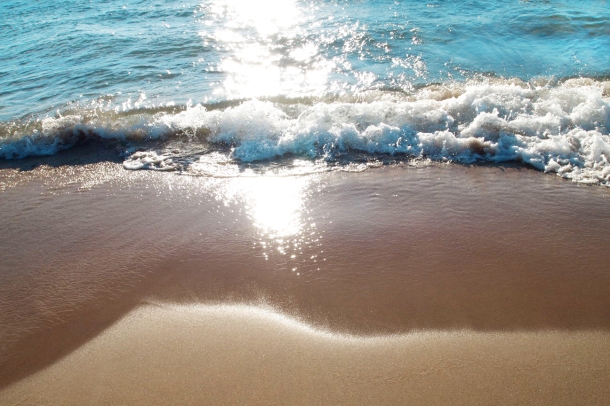 Daad-Mohammad doesn’t trust telephones, and letters have a funny way of disappearing. He knows because in all their years of separation he has only received a handful of letters from his son, who is a writer and known to fill up countless pieces of paper with words. Anyway, Daad-Mohammad can’t read or write and doesn’t trust anyone to take down his words exactly as he says them and even when he makes them read and re-read the letters he dictates, it never sounds like his voice. So this way is best, because fish have long memories and would never let down a fisherman.

Daad-Mohammad walks slowly into the sea until the tide reaches just below his knees. He looks intently into the crystal aquamarine water for a long time, his eyes darting from one direction to the other in search of something important. Finally, he spots it and leans forward bending over until his face is completely immersed. He reaches in and in an instant grabs a small trout with both hands and pulls it up to his face. He looks intently into the eyes of the flaying fish and says, “Tell him: Eshgh raft, zendegi raft. Love is gone, life is gone.” 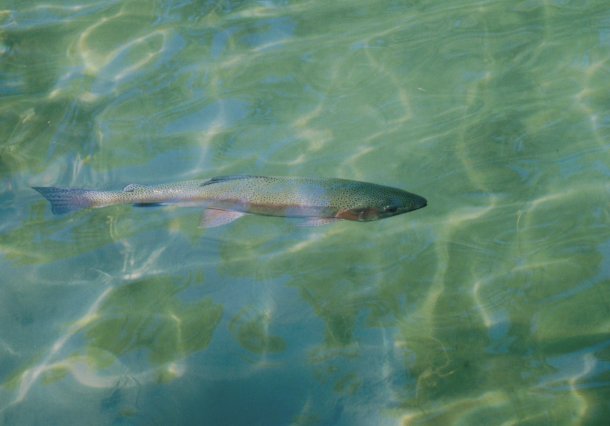