A few years ago I lived in a house just off College Street in Toronto with several housemates intrigued by food and all its aspects. The group included Paul Stewart of Footstep Organics who thought it would be a great idea to get some backyard chickens. We all agreed since we felt that there has always been a disparity between people and their food (and food sources), so the idea of closing that gap between farm and plate always seemed both interesting and, dare I say, more responsible. Also, they make great pets. They’re stupid, sure, but in a loveable way.

It was a collective effort to look after them but the primary caregiver was Paul along with his now-wife Shira Katzberg. There was also Paul’s brother, Dave Stewart (of 416 Snack Bar and People’s Eatery fame), Chantecler‘s Jacob Wharton-Shukster, myself, co-owner of Boxcar Social and Kevin O’Mahoney. Kevin doesn’t own a restaurant, but he eats tons of eggs, so…you know.

The best thing about having the chickens (there were three of them) was simply getting the freshest eggs possible. We managed to cut the distance between chicken and frying pan to something like 20 feet. Most factory-farmed eggs come from chickens that are fed nothing but low quality grains and, often, corn. Our chickens could graze on grass in the backyard, eat whatever they liked from our garden (much to our chagrin, but the tomatoes did look tasty), and we’d toss them scraps from salads and whatnot, plus a steady availability of chicken feed called “scratch”.  Also, they were a great conversation piece when we’d have company over. Really, the only downside was the poop. 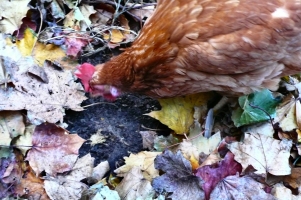 Our immediate neighbours were totally fine with the chickens. They were old-school immigrants from Italy, so there was nothing unusual to them about what we were doing. Even our landlord was cool with it. We did however have a complaint at one point, which led to the by-law people coming by and giving us a good finger-wag (more on that later) but that could have come from anywhere since some of the chickens had a propensity for escaping. Once I found a hen halfway down to College Street surrounded by 6th graders, with their smartphones out, taking pictures. In retrospect, I should have run up playing ‘crazy Greek man’, screaming in a different language. Instead I just ran up and said,”excuuuuuse me, this is mine”, scooped her up under my arm and trotted back to the house followed by a flurry of 6th-grader-type questions like, “Why do you have a rooster?” and “Wait! I need one for Instagram!”

Over time we noticed that the three chickens had distinct personalities so we decided to name them. They were Hepsebah (named after Paul and Dave’s grandmother’s old chicken), Baylik (which is a word for “breast meat” in a language I don’t remember) and Samantha. This last one was meant to be paired with a fourth chicken named Ella, so they would be “Sam and Ella”. Just say it fast.

As I said earlier, when we got the complaint after having the birds for a few months, we were visited by the by-law enforcement folks who asked us to get rid of them. Apparently, if no one complains, the city will look the other way and will usually not enforce the by-law. But all it takes is one complaint and they have to act.

Luckily, we had a friend named Leland with a farm (and a few chickens of his own), who was willing to take them for the cold months – so the timing worked out. Sadly, as mentioned, chickens are fairly daft creatures. The result was that Sam and Baylik headed off into the night, (Fastball’s “The Way” style) went for a little swim in a pond and, there’s no other way to say it, froze to death.

Did we mourn? Sure, but we missed the eggs more so come spring we tempted the by-law and got two more chickens. These ones were named James Brown and President Dwayne Elizondo Mountain Dew Herbert Camacho (an obscure reference for sure, but check out Mike Judge’s “Idiocracy” and it’ll all make sense). 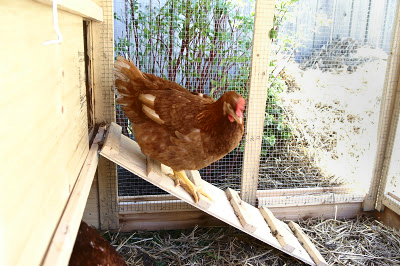 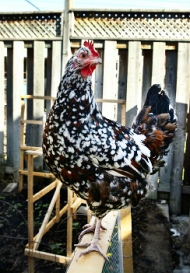 We enjoyed the eggs and the amusing antics of our brood for about six months before the winter came and it was too cold for them to survive in the backyard.

Hens can survive in an insulated coop outside until it hits about -5 degrees Celsius, but after that, there’s a real possibility of them freezing to death. Well before we started flirting with that threshold, we made the decision to kill the chickens and give them a proper send-off.  As in coq au vin.  Our feelings were mixed. We had a lot of love for these pets, plus we were gleefully feasting on their backside products for quite some time, yet when the time came for the cleaver, it wasn’t as difficult as we thought it would be. In our minds, they went from being birds to being food very quickly. Although there was a moment during the slaughtering when one of our housemates (I won’t call you out Kevin, don’t worry), who had been all gung ho about being the hatchet man, retreated to the back of the garage after seeing Paul make the first kill. I suppose there was a lot more blood than he had anticipated.

After that we decided that our chicken keeping days were over for the time being but all agreed that we would do it again given a chance. They do require commitment and need a good amount of attention and care, but they aren’t complicated creatures. Feed, water, scoop, dress up like turkeys for Halloween, repeat. That being said, it’s worth doing for the eggs alone. Boy, they were good.

The city’s reasoning behind keeping backyard chickens illegal has a lot to do with the potential harbouring, and spread of, disease. The reality is that in the City of Toronto, you’re allowed to keep up to 30 pigeons or as many rabbits as you like (for food). This seems that it would pose much more of a threat to public health than a couple of chickens (plus, pigeons and rabbits basically become just raccoon food after a while). Chickens are quiet and gentle creatures – they just wander about, softly pecking at the soil, and they kick out almost an egg a day. New York City doesn’t care if you have urban chickens. I don’t want to point fingers, but the rumour is that the egg farming industry is largely to blame for keeping these by-laws in place. It seems they are the ones that benefit the most from the restriction. If people knew how easy – and fulfilling – it was to keep flightless birds, I think we’d see a lot more people building urban chicken coops. 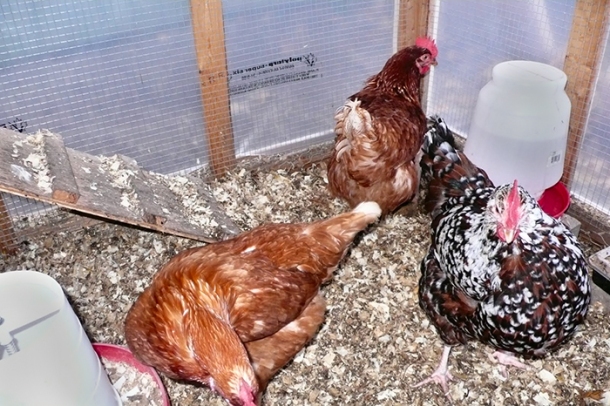 This article is part of our issue FEEDING TORONTO.