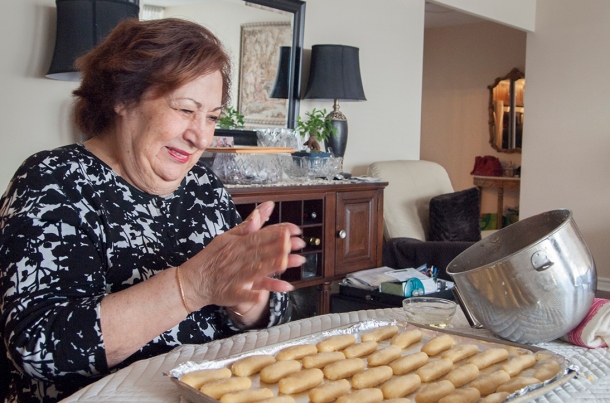 My parents, my sister and I were born in Casablanca. When we immigrated to Canada in 1958, one important thing that came with us was my grandmother’s cookie recipe. My mother, Esther, has always made the best cookies following this recipe. Originally, she made galette, which is a plain biscuit with kimmel or sesame seeds. She now uses the same recipe but mixes ground almonds with the flour and doesn’t use the seeds. These cookies are very plain, not too sweet and absolutely delicious. Maman has definitely perfected the recipe.

Along with these cookies always came many stories from Maman’s childhood, usually about sharing food and the communal oven. In Casablanca, everybody cooked and baked together using the communal ovens in the courtyards of their apartment buildings. Jewish families prepared the Shabbat lunch (Dafina) and cooked it overnight to enjoy the next day after synagogue. The communal oven, Maman remembers, “Looked like the pizza oven, but it was ten times as big and the Arab was there to put food in and take it out with that long paddle. And they put the fire because on Shabbat we don’t cook. And they had numbers, like there was 40, 45, 50, you know? When you took the bread or the Dafina to the oven they had to give you a number and then you picked it up with the number so they knew what’s yours. ”

The family at table in Casablanca (that’s Meme, my grandmother, in red beside the maids.)

There was the time that the family maid was sick so instead, Maman’s youngest brother, Coco, went to the communal oven to pick up their Dafina for Shabbat lunch. She remembers, “He loved animals and on the way home he saw a dog, so he put the Dafina down on the street to play with the dog. The whole family was at home waiting to eat and their lunch never came until much later and of course it was cold.”

During World War II the family persevered through the shortages and rationing, which generated anxiety and defiance. Whatever they had, they shared with each other. Maman’s Uncle Albert was the biggest bakery supplier in the city, and he always made sure to bring my grandmother (Meme) an abundance of flour, sugar and chocolate. Meme created delicious bread and these cookies with her seven daughters. 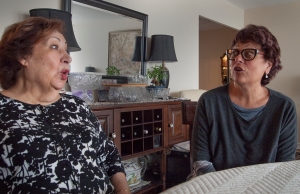 Meat, too, was in short supply. Once Uncle Henry’s mother waited the whole day in line to receive their weekly ration. When she got home her husband said, “What’s this?” He was so upset with how little there was that he threw that tiny piece of meat to the dog. He persuaded a meat supplier to sell him a calf and sneaked it home. He slaughtered it inside the house so no one would know and stored the veal in their well, which was in the kitchen floor. Of course he shared the meat with his extended family. Everyone was happy to have meat once again for the Dafina. But their neighbour could smell a lot of cooked meat from next door. She called the police since it was illegal to have this during rationing. Uncle Henry’s father noticed the police approaching their house so he quickly pulled up the meat from the well. He and Uncle Henry ran with it up to the rooftop terrace and jumped from roof to roof. When the police arrived they found nothing illegal in the house and left. Then it was safe for the two of them to come back home.

My father Jacques first met my mother’s sister, Fortune, in Paris, and she told him, “When you go back to Casablanca you have to meet my sister Esther.” So when he returned he did go to their house but Esther wasn’t home. Her family was eating lunch and they invited him to join them. He loved every dish and ate all the bread on the table. Everybody was finished and he was still eating that homemade bread. Maman laughs, “He even ate the bread for dessert.”

Esther talks about when she and Jacques first met:

Food has always been an important part of our lives. I guess it stems from all the stories of sharing and surviving. This cookie recipe has been passed on for many generations. Now we are all in Canada and each of my aunts makes a version of these cookies. Tata Lisa adds raisins and walnuts and makes clumps. Tata Michelle uses whole-wheat flour. The youngest sister, Tata Neenette uses spelt, flax and other multi-grains. They’re all very different but I have to say I love Maman’s the best. 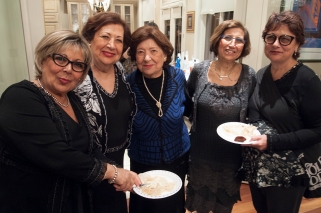 We all have plenty of everything today and we can make whatever we want. Let’s pass on a story here and there so we keep our delicious memories for many more generations.

– Linda Perez
Photos of Linda and Esther by Schuster Gindin 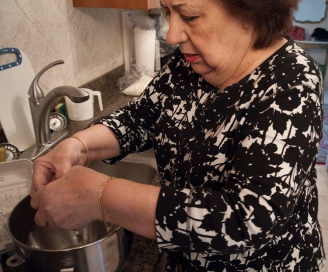 Once volume has doubled, add oil and lemon zest. Mix together. 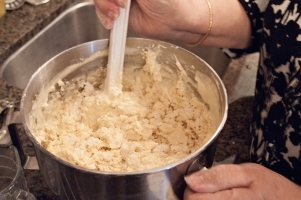 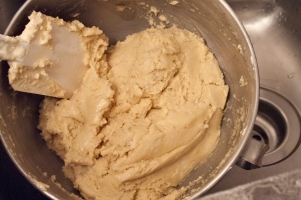 Line baking sheet with parchment paper. Prepare small plate with some sugar. Make finger-shaped cookie, flatten slightly while coating one side with sugar. 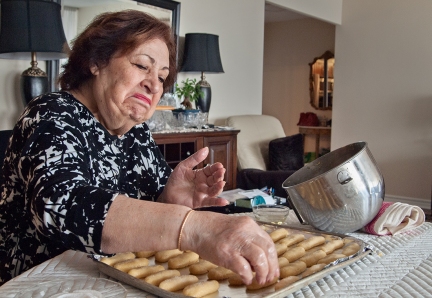 Enjoy with a cup of mint tea.

This article is part of our issue FEEDING TORONTO.
We are @livingtoronto2 on social media. Follow us on

I’m going to try this recipe! I wonder if adding a sprinkle of sesame seeds (which I love) would overwhelm the flavour of the ground almonds?
Gwyneth Fatemi, Toronto